Joe and Pete have been CPA partners for 25 years. Their CPA firm has been successful over the years. They have been bringing on young CPAs and have seen a nice grassroots growth pattern. But Joe and Pete want to expand the firm and want a plan for their succession. The young CPAs have too many financial obligations and little extra cash to buy any stock from Joe or Pete. They’ve thought about selling to a bigger CPA firm or merging with a national firm, but they’re worried about those two options. They could probably get a good price for the business, but they’re worried about the buyer moving their CPA firm out of the community where it is, and they’re really worried about what a sale or merger will do to their firm culture. They’ve worked hard to build a culture of team spirit, a willingness to help each other, to pitch in when extra work is needed on a project, and to bring positive energy to the firm. They’ve seen the merger of other companies fail. Joe and Pete feel like they do not have a good solution for transition of their ownership of their CPA firm.

Under the Nebraska Public Accountancy Act, historically, a CPA or public accounting firm could only be owned by natural persons, a partnership or limited liability company, or a corporation. In addition, persons who are non-licensed CPAs could be owners of a CPA firm as long as all non-licensed CPA owners did not total more than 49% of the total number of owners, did not own more than 49% of the stock or voting rights, or receive more than 49% of the profits or losses of the firm. The Public Accountancy Act differed from the Nebraska Professional Corporation Act in that a professional corporation may only issue shares of its capital stock to persons who are duly licensed in Nebraska to render the same professional service as that provided in the articles of incorporation of the professional corporation. So, historically, CPA firms in Nebraska could be owned up to 49% by a non-licensed employee but not by an employee stock ownership plan (“ESOP”).

ESOPs are a type of tax-qualified retirement plan governed by the Internal Revenue Code (“Code”) and the Employee Retirement Income Security Act of 1974 (“ERISA”), as amended, and are designed to invest primarily in company stock of the sponsoring employer. An ESOP provides a retirement benefit for participating employees and creates a ready buyer for the owner’s business. The ESOP is a business succession tool for the shareholders and the company. A business owner can sell 100% of his stock to an ESOP for fair market value in a cash or fully financed transaction. Alternately, a business owner can gradually transition ownership to an ESOP by selling his stock to the ESOP in installments over a number of years to spread out the recognition of the gain on such a sale. If the owner desires to do so, the selling owner can remain actively employed in the business throughout the transition and afterwards.

An ESOP is the only tax qualified retirement plan that may borrow money to buy company stock. An ESOP loan is paid using pre-tax contributions by the company. Both the principal and interest on an ESOP loan is tax-deductible. The ESOP provides a tax-advantaged solution for ownership succession issues. Selling to an ESOP means you don’t have to sell to a competitor or to a private equity company, which will turn around and sell your company in the next five years. It also means that you don’t have to merge with another larger firm and hope that the cultures of each firm will mesh. When you sell to an ESOP, your company becomes sustainable, your employees keep their jobs, and your company stays in the community where it is located.

The ESOP can also act as a corporate financing vehicle to refinance existing debt, facilitate acquisition or divestiture strategies and provide incentives for productivity and increased cash flow. A 100% ESOP-owned S corporation can eliminate federal income tax at both the corporate and shareholder levels. If you sell 30% or more of your individual stock in a C corporation to an ESOP, you can defer recognition of the gain on the sale by buying domestic stocks and bonds as replacement property under Code Section 1042. An ESOP also provides estate planning and charitable giving opportunities.

As with other tax-qualified plans, ESOPs enjoy the tax benefits of contributions being made on a pre-tax basis and growing tax-deferred inside the ESOP while allowing distributions to be rolled to an IRA with no tax consequences. ESOPs also have some unique rules. For example, ESOPs of closely-held companies must be valued once a year by an independent, third-party appraisal, offer a put option to buyback company stock distributed from the ESOP, and provide diversification rights to older participants as they near retirement.

Under a new Nebraska law, beginning in September 2019, CPA firms may be owned by an ESOP. The Nebraska Public Accountancy Act has been amended to allow CPA firms and public accounting firms to be owned by natural persons, a partnership or limited liability company, a corporation, or an ESOP. I was the principal designer and drafter of the new law that allows CPA firms to be owned by an ESOP and have helped draft updated regulations. The bill was proposed in January by State Senator John Stinner, approved by the legislature and signed into law by Governor Pete Ricketts on March 5, 2019. Now CPA firms, like architectural and engineering firms, can sponsor an ESOP and can enjoy the special tax benefits associated only with ESOPs. Law firms and medical practice firms are still not allowed to be owned by an ESOP or anyone other than a licensed professional in their respective professional services area.

Under the new law, an ESOP can own 100% of a CPA firm in Nebraska. With ESOP ownership, the trustee of the ESOP is the legal owner of the ESOP stock, but a CPA firm with an ESOP will need to look through the ESOP to the beneficial ownership of the participants. This means that the 49% ownership limitations must be met in total ownership interests of the CPA firm. Any non-CPA ownership interest inside the ESOP would be aggregated with any stock ownership outside of the ESOP and must stay under the 49% thresholds. Collectively, the non-licensed employees could not own more than 49% of the stock held both inside the ESOP and outside the ESOP. This is something that needs to be monitored annually.

Licensed CPAs, who directly own individual shares of stock of a CPA firm and indirectly own any shares under the ESOP, may own up to 100% of an CPA firm. However, if the firm has non-licensed full-time employees and wants to establish an ESOP, the ESOP rules require broad participation by employees of the sponsoring company. If a CPA firm sponsors an ESOP going forward in Nebraska, the firm will have to meet the broad participation rules under the Code and ERISA by allowing both licensed CPAs and non-licensed employees to participate in the ESOP and meet the 49% ownership rules for non-licensed employees under Nebraska law.

Trustees of ESOP for CPA Firm

Good news for Joe and Pete and CPA firms in Nebraska! With the passage of this new law, individual shareholders can sell their shares of stock in a CPA firm to an ESOP at fair market value. The new law allows CPA shareholders to establish a business succession plan to transition the ownership of the firm on a tax-advantaged basis. The ESOP provides an exit strategy for retiring CPAs. In a sale to an ESOP, a CPA firm becomes more sustainable, the employees maintain their jobs through an ownership transition and the firm stays in the community where it was founded. This type of transition is a win-win situation for the selling shareholders, the ongoing active employees, the firm itself, and the community in which the firm has been established.

We think this is a great opportunity for CPA firms in the State of Nebraska. This law provides CPA firms with an additional option for business succession planning. It presents an exciting opportunity for retiring shareholders to receive fair market value for their investment in the firm, for active employees to become owners of the firm and have a retirement savings plan for their own retirement, and for the community to hold on to an employer contributing to the growth and well-being of the community. Please let us know if you have any questions or would like more detailed information regarding ESOP ownership. 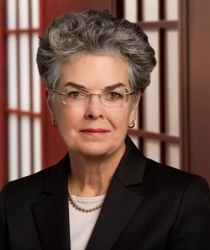