Harassment By An Omaha Condominium Neighbor

Living in an Omaha condominium, like all condominiums, is like living in an apartment complex. One of the problems with condominium living is that you have neighbors on the other side of your exterior walls or immediately above or below you. As a result, obnoxious behavior by a next-door neighbor can have negative effects on your ability to enjoy your condominium in a peaceful way. Your neighbor might play loud music, smoke, have loud fights or harass you when you see the neighbor on the elevator or in the hallway.

“No nuisance shall be allowed in or on the Condominium nor shall any use or practice be permitted which is a source of annoyance to the residents or which interferes with the peaceful enjoyment or possession of the Condominium or the Units.”

You can see how these obnoxious behaviors are a nuisance, an annoyance and interfere with the peaceful enjoyment and possession of the condominium unit. In the condominium Declaration then, the Association has the ability to stop these behaviors.

What if the Association refuses to act even though it has the ability to do so, and has received an owner demand to act? Again, you would look at the condominium Declaration. A typical condominium Declaration says that not only does the Association have the ability to enforce this “no nuisance” clause (as well as other clauses), but also the unit owners on their own can enforce the no nuisance clause. 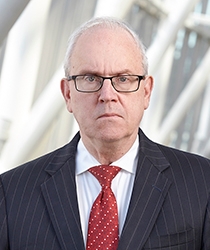