The major difference between the U.S. Senate’s PATENT Act and the U.S. House of Representative’s Innovation Act, is that the Senate language doesn’t presume attorneys’ fees will be awarded to a prevailing party in a patent infringement action. Opponents of the Innovation Act were concerned that a default, attorneys’ fee-shifting burden to the losing party would likely favor wealthy parties while discouraging small businesses and inventors from pursuing legitimate patent infringement claims. Thus, the PATENT Act allows a court to award attorneys’ fees if it determines the losing party’s conduct was “not objectively reasonable,” wherein the prevailing party bears the burden of proof. While the Senate compromise may allay some concerns for a legislative fix to abusive patent litigation, Senator Grassley has acknowledged there remain a few outstanding issues and that he “look[s] forward to continuing the debate on the Senate floor.”

◊   Luke C. Holst is a registered patent attorney with experience in both patent prosecution and patent litigation. Holst is a former Patent Examiner at the U.S. Patent and Trademark Office; Law Clerk to the Honorable Mark W. Bennett at the U.S. District Court for the Northern District of Iowa; and Legislative Counsel at the U.S. Capitol to an Iowa Congressman on the U.S. House of Representatives Committee on the Judiciary. At McGrath North, Holst works on patent issues, other intellectual property matters, and litigation. 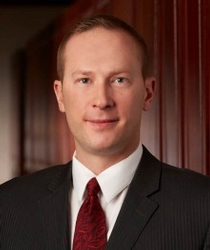