While business failures are no stranger to any economy or era, there is every reason to believe that the number of such failures will increase in the months and years ahead with the downturn in the economy expected to continue.  Left in the dust of such collapses are creditors scrambling for any viable option of recovering what is owed to them.  Creditors that are unable to obtain a full recovery against their debtor may seek to pursue a claim against the debtor’s bank or other lender under federal legislation initially intended for organized crime, the Racketeer Influenced and Corrupt Organizations Act (“RICO”).

Actions under RICO are enticing to creditors because RICO provides for the recovery of treble damages and attorney fees should the creditor prevail.  For the same reasons, such actions are disconcerting to banks who are understandably unnerved by the potential risk that accompanies such litigation and the potential for treble damages.

In July, 2008, the  Eighth Circuit Court of Appeals reversed a RICO judgment of approximately $7 million (including attorneys fees) entered against the First National Bank of Holdrege (“the Bank”). The lawsuit was filed by fourteen former customers of Damrow Cattle Company (“Damrow Cattle”).  Damrow Cattle was a commercial feedlot located near Holdrege, Nebraska, which was formed in 1983.  Farmers or investors would purchase or place cattle they owned at Damrow Cattle to be fed until such cattle were ready to be sold to meat packers.  The Bank was Damrow Cattle’s primary lender from 1983 until April 2000.  In January 2001, Damrow Cattle was placed into receivership and an involuntary Chapter 7 bankruptcy followed.

The plaintiffs were cattle investors and corn producers who either had cattle or grain at Damrow Cattle when the feedlot went into receivership and subsequent bankruptcy in 2001.  As a result of the receivership and bankruptcy, the plaintiffs suffered approximately $1.9 million in losses.  The plaintiffs sued the Bank in December 2004 seeking treble damages and attorneys’ fees under RICO (as well as asserting various state law claims).  After a month long trial, a jury returned a verdict in favor of all the plaintiffs. Thereafter, the district court entered judgment against the Bank under RICO for three times the actual damages which, after adding attorneys fees, resulted in a total judgment of approximately $7 million. The Bank appealed and the Court of Appeals reversed the RICO judgment, leaving intact roughly $350,000 in judgments in favor of four of the plaintiffs on their state law claims.

The plaintiffs’ RICO claim against the Bank was based on 18 U.S.C. § 1962(c), which states that it shall be unlawful for any person “to conduct or participate, directly or indirectly, in the conduct of [a RICO] enterprise’s affairs through a pattern of racketeering activity . . . .”   The plaintiffs alleged that the RICO enterprise in this case was Damrow Cattle and that the Bank had controlled its affairs by, among other thing, honoring substantial overdrafts in the form of insufficient funds checks written by Damrow Cattle.

As the Eighth Circuit explained, however:

“When the RICO defendant was the alleged enterprise’s principal lender, a court…must carefully distinguish between the bank conducting its own affairs as creditor, and the bank taking additional steps as an outsider to direct the operation or management of its customer, the RICO enterprise.”

The Eighth Circuit held that with one possible exception1 , all of the Bank’s actions that the plaintiffs relied upon as evidence of the Bank’s control of Damrow Cattle fell in the category of a creditor conducting its own affairs. This did not rise to the level of control over the operation or management of Damrow Cattle’s affairs required by RICO. As the Court stated: “Bankers do not become racketeers by acting like bankers.”

The Eighth Circuit’s holding provides some peace of mind to banks. Nevertheless, loan officers and other upper management should be vigilant to insure that they are not engaging in activities with their borrowers that could lead to an argument that their bank has crossed the line between “acting like a bank” and conducting the affairs of its borrower in such a fashion as to give rise to liability under RICO.

McGrath North attorneys Bill Hargens, Bob Bothe and Jim Niemeier represented the First National Bank of Holdrege at trial and on appeal. If you would like a copy of the Eighth Circuit’s opinion or have any questions regarding the case or how it may impact your business, please contact Bill, Bob or Jim. 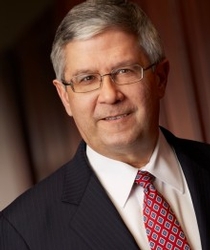