Beware Of Fine Print – It Is There For A Reason

A number of contracts are short and straightforward but most are not, and reflect the sophisticated nature of businesses and the myriad of pitfalls that can trap the unprepared or unsuspecting.

In the many cases that were litigated, contracts were “standard” and had been in use for years without any problems, or the client believed the terms were “non-negotiable.”  In others, the contract contained “boilerplate” provisions that were ignored because they appeared “harmless,” could not “easily be changed,” or were thought to address situations that “would never happen.”

A recent case in Minnesota1   involving a long time business customer of a bank, presents a great example about a check cashing scheme.  Check cashing schemes are certainly not new, but in these days of electronic wizardry, it is an ever increasing problem both for financial institutions and their customers.  The  company was the victim of thieves who stole one of its checks.  The thieves changed the name of the payee of the check and had it paid to an overseas bank account.  Upon discovering the fraud, the company turned to the bank where it maintained a commercial checking account and demanded it re-credit the account claiming the bank had to bear the loss because it paid on the altered check in violation of the Uniform Commercial Code.  Historically, absent unusual circumstances or the customers’ negligence, this claim looked like a slam-dunk for the company.

“Not so fast” said the bank!

The United States District Court for Minnesota agreed with the bank and granted it summary judgment on the company’s claim.  The court found the language of the deposit agreement made it clear that if the customer did not use the bank’s Positive Pay service, it released the bank from any liability for paying on an altered check.   The end result is the company had no claim against the bank for dispersing money to an overseas’ account to a group of thieves that ultimately disappeared.

The decision to decline the service had a far greater impact than we think was ever expected by the company when it signed the deposit agreement.

If you are reviewing an agreement and you see language that you do not understand or provisions that attempt to shift the liability for failure to perform under the agreement – do not ignore it.  Instead, have it reviewed by counsel so you can make an informed decision concerning the risks that you may be encountering. 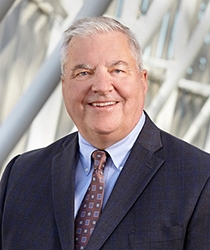