The historic U.S. Supreme Court decision in Bostock v. Clayton County, which barred employers from discriminating on the basis of sexual orientation or gender identity, has begun to filter down to the U.S. Circuit Courts of Appeals.

The 8th Circuit, in Horton v. Midwest Geriatric Management, recently reversed a trial court decision based on sexual orientation discrimination. Mark Horton claimed that an employer had violated Title VII of the 1964 Civil Rights Act when it withdrew its job offer after learning that Horton was gay. The trial court dismissed the claim and noted that Title VII did not prohibit discrimination against homosexuals under an 8th Circuit decision from 1989. The 8th Circuit remanded the case back to the trial court for further proceedings consistent with Bostock. In doing so, the 8th Circuit reversed 31 years of precedent.

Obviously, because the Horton case was in the pipeline pending a decision in Bostock, it deserved reversal and reconsideration. It is of note, however, that the religious discrimination claim in Horton was also revitalized because of Bostock. Even more interesting is that Bostock touched only briefly on religious liberty claims but only in the context of an employer utilizing religion as a statutory or constitutional avenue to validate discriminatory decisions. Bostock did not analyze religious discrimination in the context of a plaintiff asserting religion to resist discriminatory practices based upon sexual orientation or gender identity, as Horton did.

The shadow of Bostock will undoubtedly be cast wider and will include further conflicts between religious beliefs and gay and transgender rights. Regarding such tension, religious employers recently won a major U.S. Supreme Court case in Our Lady of Guadalupe School v. Morrissey-Berru. There, the Court concluded that two parochial schoolteachers, whose curriculum included religion, could not sue for discrimination—one for age discrimination and the other for disability discrimination—because of the “ministerial exception” of the First Amendment that protects religious organizations from certain employment lawsuits.

Even after Our Lady of Guadalupe School, employers, especially non-religious employers, would be well advised to carefully consider employment decisions based upon religious beliefs when those claims intersect with actual or perceived gay or transgender status. Employers should also make sure to apply the same practices and policies that comply with other Title VII protections to gay and transgender workers. 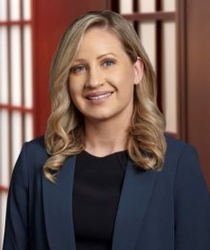