Buying Or Selling An Aircraft? Begin Your Planning Well Before You Land The Deal

We received a frantic call from an aircraft buyer who had recently taken delivery of a beautiful plane. The buyer had been careful to follow the Internet “advice” he found that suggested he could avoid paying sales tax by taking delivery of his aircraft in a state that had no sales tax. The plane was then brought into the buyer’s home state, from which the plane was operated. A while later, the buyer received a letter from his home state’s taxing authority asking where the aircraft was hangared, and whether sales or use tax was paid to the owner’s home state. Unfortunately, the new owner was now on the defensive, calling us to attempt to mitigate the sales or use tax that may have been reduced or avoided had careful planning occurred before the purchase. The scenario is common and highlights the importance of tax planning well before an aircraft is purchased. Below are a number of tax considerations in planning for the purchase of your next aircraft (note that similar issues may apply to many other types of business assets).

State Sales and Use Taxes

One of the most prevalent issues in aircraft taxation relates to the imposition of state sales and use tax. The general rule in many states is that sales of tangible personal property (an aircraft) in the state will be subject to sales tax (usually 2% to 8% of the purchase price). In order to avoid the sales tax, many purchasers take delivery of their aircraft in a state that has no sales tax or in which an applicable “fly away” exemption exists. However, like our buyer above, many buyers fail to recognize that a corresponding use tax liability may arise with respect to the subsequent storage or use of the aircraft in one or more states. The state use tax rate is generally equal to the state sales tax rate of the state in which the use occurs, as if the purchase had actually closed in the state of use.

In many cases, a business aircraft purchaser can substantially reduce or completely eliminate sales and use tax liability on its aircraft purchase, relying on exemptions available under applicable state law. Several examples of exemptions the buyer might consider include, among others, the occasional sale exemption (exempting a purchase from a seller that paid sales or use tax when the seller purchased the plane), the resale exemption (purchase of a plane for leasing), and the “fly away” exemption (allowing exemption from sales tax in the state of delivery if the plane is removed from the state to its home base a short time – usually 5 to 20 days – after the plane is delivered in the state).

However, states that permit the resale exemption carefully scrutinize leases between related entities to ensure that the lease payment and other terms of the lease are at arms-length. For example, Nebraska’s sales tax regulations specifically exempt a sale of property to a purchaser for the sole purpose of leasing the property to others if the lease payments are at a fair market value. Similarly, a Michigan court recently determined that a purchaser that leased its aircraft to a related party lessee at a low hourly rate had to pay sales tax on the up-front purchase price rather than collect tax on the lease payments. While structuring a transaction to comply with state and federal tax rules is complex enough, the structure must comply with applicable FAA rules, as well.

Many states (including Nebraska) impose a property tax on business aircraft based in the state or aircraft which frequently fly into a state. In Nebraska, the property tax is a percentage of the depreciated value of the aircraft, using a depreciation schedule established by the state. Some states have aircraft registration requirements and typically impose a registration fee as a substitute for the property tax. Iowa, for example, requires that aircraft within the state for more than 30 days in a year must be registered. Owners must pay an annual registration fee based on a declining percentage (1% down to .25%) of the aircraft manufacturer’s list price, subject to a maximum fee of $5,000 per year. This is in addition to a one-time use tax of 6% of the purchase price of the aircraft, collected by the state at the time of registration unless an exemption, such as the resale exemption, is available. Failure to register and pay the applicable fees and tax will usually result in expensive penalties.

Under the passive loss rules, individual taxpayers generally must combine the taxable income and loss from their “passive activities” each year to determine their net passive income or loss. Net passive losses for the year cannot be deducted against income from non-passive activities, but instead, are carried forward to future years and may only be deducted against passive income in future years. Passive activities are activities with insufficient “material participation” conducted by an individual or by flow-through businesses, such as S corporations or partnerships, and any rental activity.

One of the most common structures for ownership of aircraft is to establish a special purpose entity that would hold only the aircraft and then lease the aircraft to other companies within the taxpayer’s control. Often the IRS will argue that this type of leasing activity is passive, in an attempt to limit the deductions/losses taken on the business aircraft. However, to address this issue, an owner may elect to group the leasing activity with the taxpayer’s other businesses in which he or she materially participates. In order to group the aviation activity and other businesses, the activities must constitute an “appropriate economic unit” for the measurement of gain or loss. Whether activities may be grouped depends on the relevant facts and circumstances, but the IRS gives significant weight to the following: (a) similarities and differences in the types of trades or businesses; (b) the extent of common control; (c) the extent of common ownership; (d) geographical location; and (e) interdependencies between or among the activities. A grouping statement also must be filed with the grouped companies’ tax returns in order to document the grouping election.

Personal and Entertainment Use

With limited exceptions, Federal Aviation Regulations prohibit an employee or other person flying on an aircraft from paying the operator of the aircraft for the flight. “Payment” includes any direct or indirect compensation. In contrast, the Internal Revenue Code requires that the person using the aircraft for personal use either pay for the flight or include the value of the flight in income as a taxable fringe benefit. Under IRS guidance, operators are allowed to choose between two different methods in valuing personal use flights, but once chosen, the operator has to use the same method for valuing all flights during the applicable year.

The first method is the charter value method, which requires that the operator determine the cost of chartering the same or comparable aircraft for the flight. The second method is the more commonly used SIFL value method where the company calculates an initial value of the flight using an IRS formula (called the Standard Industrial Fare Level, or SIFL) based on the weight of the aircraft, the distance traveled and the number of persons onboard the aircraft. A multiple is then applied depending on whether the employee is classified as a “non-control” or “control” employee to determine the taxable value of the flight. The multiple ranges between 15.6% and 31.3% for “non-control” employees, and 62.5% and 400% for “control” employees, and is intended to approximate twice the amount of first-class airfare for a “control employee” and stand-by coach fare for a “non-control employee.” For purposes of the SIFL rules, a “control” employee generally includes an officer, highly compensated employee, 5% owner, or director, with refinements established by IRS regulations.

Historically, aircraft retain a large percentage of their value in relation to the original purchase price. Therefore, when it is time to replace the current aircraft, the aircraft could be substantially or fully depreciated under the accelerated depreciation methods discussed above. Rather than incur a substantial gain on the sale of the aircraft, many owners prefer to defer the gain by replacing the aircraft in the like-kind exchange. A like-kind exchange generally requires that the replacement aircraft must be identified within 45 days of the sale of the relinquished aircraft, and  the purchase of the replacement aircraft must be closed within 180 days of the sale of the relinquished aircraft. The rules are discussed in detail in my separate article on Avoiding Taxes on the Sale of Your Business or Investment Property Through a Tax Deferred Exchange, McGrath North Tax Planning Newsletter, January 2010. If you would like a copy of the article, please let me know or click here.

Purchasing or selling an aircraft is a complex endeavor and planning should be started well in advance of the transaction. In addition to the tax issues, the aircraft operator must ensure that the ownership and operating structure complies with applicable Federal Aviation Administration and Department of Transportation rules. Before your next aircraft transaction, or to review your current operational structure if you already own an aircraft, please contact a member of the McGrath North Tax Group to discuss the tax and FAA rules applicable to your aircraft. 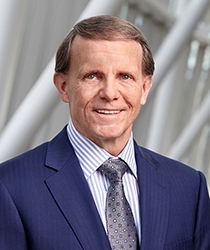