The Wells Fargo board of directors on April 10 reported that it would clawback millions in compensation from executives responsible for the company’s scandal over fraudulent accounts. The company required repayment of cash incentive compensation and the forfeiture of stock options. The former CEO will forfeit a total of $69 million. The total amount of compensation that will be clawed back from all executives is $183 million. The intense media coverage of the Wells Fargo clawbacks has generated renewed interest in the status of incentive clawbacks in corporate America.

Public and private companies over the years developed internal policies designed to prevent excessive management risk-taking intended to increase management compensation. Those protections may take the form of discretionary non-payment provisions in incentive plans, forfeiture of compensation, and termination/demotion actions.

Clawbacks may have even sharper teeth following a July 2016 Federal Circuit Court of Appeals decision. The former CEO of Qwest received $45 million of incentive compensation and paid $18 million in taxes on the compensation. A series of civil actions resulted in the CEO’s forfeiture of the $45 million. The CEO claimed an $18 million deduction on his subsequent tax returns for the $18 million in taxes he had paid on the forfeited income. The Court held the CEO did not have “unrestricted rights” to the compensation in the prior year, which is a prerequisite for subsequent year deductibility, so he was denied the deduction for taxes paid on the forfeiture.

Clawbacks generally follow restatements based on misconduct, and the misconduct is often based on excessive risk-taking or financial manipulation designed to increase reported financial results for a given period. There are a number of preventative provisions which can be considered in connection with incentive plans. These considerations are relevant to the directors of public companies, private equity investors with input into compensation plans, executives who manage individuals in a position to affect financial results, and all stockholders. Some examples: 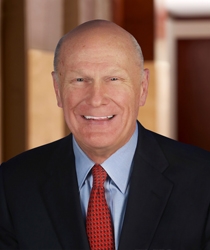