The US Department of the Treasury issued final regulations (“Final Rules”) last week that expand the jurisdiction of the Committee on Foreign Investment in the United States (CFIUS) to review non-controlling foreign investments in certain US businesses and certain real estate transactions. The existing jurisdiction of CFIUS to review any transaction in which a foreign person acquires control of a US business with national security concerns has not changed. The final regulations become effective February 13, 2020.

Under the final regulations, CFIUS’s jurisdiction is expanded to allow it to review certain minority, non-controlling investments in US businesses that (1) produce or develop critical technologies; (2) own or operate critical infrastructure; or (3) maintain and collect sensitive personal data of US citizens. CFIUS defines such businesses as a “TID US Business”.

Under this expanded jurisdiction, the CFIUS process and filings largely remain voluntary.

However, as discussed below, a mandatory filing is required in two situations: (1) certain “substantial interest” foreign government-related transactions in TID US Businesses, and (2) certain investments “critical technologies” TID US Businesses.

The Pilot Program, which established mandatory filing requirements for foreign investments in certain TID US Businesses involved in “critical technologies”, will expire on February 12, 2020. However, certain key aspects of the Program will remain in effect under the Final Rules. As with the Pilot Program, mandatory filings are required for investments in a TID US Business involving “critical technologies” that give a foreign investor certain substantive rights in that business – either control, board membership or observer rights, access to material nonpublic information, or involvement (other than voting of shares) in substantive decision-making regarding the TID US Business. The term “critical technologies” generally means defense articles, nuclear equipment and materials, select agents and toxins, a broad range of dual-use items subject to export control and certain “emerging and foundational” technologies that will be controlled for export under forthcoming regulations.

In addition, the Final Rules include certain exceptions to these mandatory filing requirements for foreign investors from “excepted foreign states” (as discussed below), investments in a fund managed and ultimately controlled by US nationals, foreign investors who are already subject to mitigation, and investments in a TID US Business that is a TID US Business solely because it is involved in certain non-sensitive encryption technology.

Exemptions for Foreign Investors from Australia, Canada and UK

“Excepted investors” are not subject to CFIUS’s expanded jurisdiction for non-controlling investments or covered real estate transactions (discussed below), nor to the mandatory filing requirements for “substantial interest” investments or “critical technologies” investments described above, but they do remain subject to the traditional CFIUS jurisdiction for transactions that would result in their control of a US Business with national security implications.

The existing CFIUS jurisdiction covers foreign investments in real estate only if it allows a foreign person to gain control over a US Business. Under the Final Rules, CFIUS has expanded jurisdiction to review purchases, leases and concessions of real estate by foreign persons, including Real Estate Investment Trusts (REITs), involving property with geographic proximity to airports or maritime ports, or sensitive US military and other government sites.

Investors and companies are now faced with a more complicated CFIUS framework and analysis, and CFIUS will continue to be a key issue in future transactions involving foreign investment. In light of the Final Rules, fund managers should also review their fund documents to determine whether existing governance rights and/or access rights could potentially trigger CFIUS’s expanded jurisdiction. If you have questions about this alert and its applicability, please contact Roger Wells, Tom Worthington or Rachel Meyer. 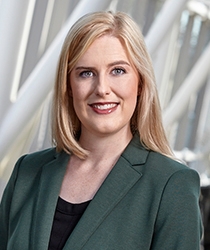