Greenhouse gas emissions continue to be a subject of public interest and debate. Elected officials, legislators and regulators, at both federal and state levels, are considering actions to reduce and control Greenhouse gases. Some actions that are being considered would be mandatory, others would be voluntary. The following discusses two recent initiatives.

Several Midwestern states and a Canadian province signed, on November 15th, 2007, the Midwestern Greenhouse Gas Reduction Accord. The Accord commits parties to establish greenhouse gas reduction targets and to develop a market-based cap and trade mechanism to help achieve those reduction targets.

Governors for the following Midwestern states signed The Accord: Indiana, Iowa, Kansas, Michigan, Minnesota, Ohio, South Dakota, and Wisconsin. In addition, The Premier for the Canadian province of Manitoba also signed The Accord. The Accord was signed in Milwaukee during the November 14th and 15th Midwestern Governor’s Association Energy Security and Climate Change Summit.

The Accord will establish a system to enable tracking, management, and crediting for entities that reduce greenhouse gas emissions. Additional steps will be developed and implemented to achieve the reduction targets, such as a low carbon fuel standard and regional incentives and funding mechanisms. The parties pledge to reduce energy use through increased energy efficiency investments.

The Accord does not set a specific target, but an environmental group estimates that The Accord will lead to a 25% cut in emissions by 2020. The parties have pledged to reduce energy use, and this is estimated to reduce greenhouse gas emissions in the Midwest by approximately 16 million tons.

With this Midwestern Accord, 3 regions of the country have now signed regional greenhouse gas reduction agreements. In the summer of 2005, Northeastern states formed the Regional Greenhouse Gas Initiative. This Initiative will reduce emissions in the electric power sector. In 2007, states in the west formed the Western Regional Climate Action Initiative. This Initiative also focuses, in part, on the power plant industry. As a result of these 3 agreements, approximately one half of the country’s population is now subject to a regional greenhouse gas reduction initiative.

The Midwestern Summit also resulted in the Midwestern states, including Nebraska, adopting an Energy Security and Climate Stewardship Platform. The Platform will start various cooperative regional initiatives. These will include: a regional infrastructure for transportation and storage of carbon dioxide; a bio-product procurement program; an electricity transmission system to support new developments of wind energy; and low-carbon energy transmission infrastructure to supply the Midwest, in a cost-effective manner, with environmentally responsible energy.

The draft standard outlines basic reporting requirements, methodologies for quantifying emissions, and requires third party verification. The draft standard, when finalized, will provide a common standard for members to measure, verify, and report on their greenhouse gas emissions.

To date, 39 states, 3 Canadian provinces, and 1 Mexican state have signed on to participate in The Climate Registry. According to TCR, some states have expressed an interest in using the registry for mandatory reporting programs. TCR was formed in 2006. Membership in TCR is open to any State, Canadian province, or Mexican state that agrees to adopt the common reporting standards.

We would be happy to help you understand these and other greenhouse gas emission developments, and how they may impact your business and/or plant operations. 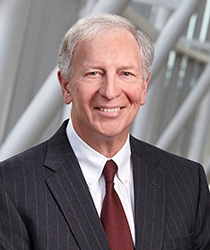