Inattention to Detail: Lasting Implications in a Bankruptcy Proceeding

When it comes to bankruptcy, the difference between a secured claim and an unsecured claim can be the difference between a satisfied creditor (as satisfied as a creditor can be after being dragged into a bankruptcy proceeding) and a disgruntled creditor.  It may come as no surprise that a secured claim is generally protected in a bankruptcy proceeding while the distributions for an unsecured claim may total pennies on the dollar.  Under 11 U.S.C. § 544, a trustee may generally avoid a creditor’s unperfected security interest and thus transform a secured claim into an unsecured claim.  Importantly then, a creditor must take all steps to ensure proper perfection under the local laws of the appropriate jurisdiction.  Moreover, as emphasized by two recent decisions explained, perfection of an interest may ultimately hinge on the creditor’s proficiency in satisfying the technical aspects of perfection.  This article explores two recent cases that remind creditors that attention to detail may ultimately dictate whether a creditor’s interest is avoided under § 544, and thus, whether such creditor receives protected treatment or pennies on the dollar when a debtor files for bankruptcy.

§ 544 is the “strong arm clause” of the Bankruptcy Code and gives the trustee the power to avoid “any obligation incurred by the debtor” that would have been voidable by a hypothetical bona fide purchaser of real property as of the commencement of the bankruptcy case.  The recent opinion in Vondall v. Household Industrial Finance Co., 2007 WL 777431 (8th Cir. B.A.P. March 16, 2007) stresses how a minor error in a recorded legal description may ultimately lead to the avoidance of a creditor’s lien.

In Vondall, the debtors had executed a promissory note and mortgage in favor of the creditor.  Although the correct legal description of the debtors’ homestead read “Lot 13 . . .”, the legal description in the recorded mortgage described the property as “Lot B . . . .”  The debtors subsequently filed for Chapter 7 bankruptcy and the trustee moved to avoid the creditor’s mortgage under § 544(a)(3).  The court held that due to the incorrect legal description, and the fact that the error was not apparent on its face, a bona fide purchaser would not have had actual, constructive, or implied notice of the creditor’s true interest and thus would have had superior rights to the property.  As such, the creditor’s mortgage was avoidable under § 544(a)(3) and the creditor’s claim was transformed from a secured to an unsecured claim because the creditor incorrectly labeled the property as “Lot B” instead of “Lot 13.”  The same result would follow under Nebraska law.

Nebraska law is clear that a mortgage or deed is void as against a bona fide purchaser without actual or constructive notice of the recorded instrument.  Neb. Rev. Stat. § 76-238(1); see e.g., Mader v. Kallos, 219 Neb. 579 (1985).  A bona fide purchaser only receives actual or constructive notice as to the property correctly described in the mortgage or deed of trust. Galway, Semple & Co. v. Malchow, 7 Neb. 285 (1878).  In other words, a recorded instrument is void against a bona fide purchaser, and likewise a trustee under the Bankruptcy Code, when a creditor fails to note the proper legal description.  While a bona fide purchaser may be imparted with constructive notice of facts that would have been discovered upon a proper inquiry, such investigation is only triggered upon “suspicious circumstances which would put a prudent man on inquiry.”  Mader, 219 Neb. at 581; Campbell v. Ohio National Life Ins. Co., 161 Neb. 653 (1956).  Thus, in the instance where a creditor transposes two numbers, misstates the debtor’s actual lot, or otherwise incorrectly describes the  legal property in a fashion that is not apparent on its face, the recorded instrument will be void as against a bona fide purchaser and avoidable in a bankruptcy case.  In such cases, the creditor’s mere oversight in setting forth the proper legal description may have lasting consequences.  By failing to confirm the proper legal description, the creditor in Vondall transformed its secured claim into an unsecured one.  Therefore, it is imperative that a creditor is diligent in completing all technical aspects of a security instrument.

In Genoa National Bank v. Southwest Implement, Inc., 353 B.R. 886 (Bankr. D. Neb. 2006), the bankruptcy court examined which of an individual debtor’s names must be included in a UCC-1.  Under U.C.C. § 9-506(a), a financing statement is ineffective and generally prevents perfection if it is seriously misleading.  Whether an error in the debtor’s name renders the statement “seriously misleading” depends on whether “a search of the filing office’s records under the debtor’s correct name, using the filing office’s standard search logic, would disclose the financing statement.”  Genoa National Bank, 353 B.R. at 888-89; Neb. Rev. U.C.C. § 9-506(b) and (c).  The issue then becomes, “What is the individual debtor’s correct name?”

The court stressed in Genoa National Bank that the official Nebraska UCC-1 and the Secretary of State demand that the “debtor’s correct name” be the “debtor’s exact legal name.”  Consequently, if a creditor includes a shorthand version or other variation of an individual debtor’s name in a UCC-1, that creditor may risk being unperfected if a search of the debtor’s legal name fails to disclose the creditor’s UCC-1.  In such a case, a debtor’s subsequent filing for bankruptcy would lead to the avoidance of the creditor’s security interest.  Clearly then, creditors must take all steps to ensure that an individual debtor’s exact legal name is included in its UCC-1.  Potential options for a creditor to assume the correct legal name are to require proof of legal documents such as the debtor’s birth certificate, driver’s license, or social security card.  While such documentation may require additional effort and supervision by the creditor, it may guarantee perfection and prevent the avoidance of a security interest under § 544(a)(1) should the debtor file for bankruptcy.

In sum, regardless of the property, a creditor should take heed of the fact that a trustee awaits at the steps of the bankruptcy court, ready and prepared to analyze the technical aspects of that creditor’s security instruments.  By paying attention to detail, a creditor may ensure proper perfection and prevent the potential avoidance of its security interest.  More importantly, and straight to the bottom line, the creditor can make certain that it will be holding a secured claim at the end of the day and not receiving pennies on the dollar. 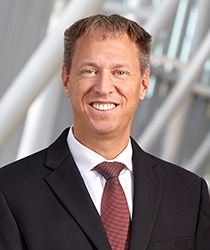