It seems that U.S. parties tend to misunderstand, or simply fail to consider, the legal implications of entering into international sales transactions. We have sometimes seen this evidenced by parties using the same form of purchase order (or sales confirmation) for both domestic and offshore dealings, without realizing the differences that might exist between the two types of transactions. Following is the fourth installment in a multi-part series that is intended to set the facts straight on several myths, misconceptions and potential traps involving international sales.

Myth #4:  We avoid international and foreign law uncertainties by specifying that state law will govern.  Specifying the law of a particular state may be a start but it is not the end of the story. As you are probably aware, the U.S. is a party to the United Nations Convention on the International Sale of Goods (refer to http://www.uncitral.org/uncitral/en/uncitral_texts/sale_goods/1980CISG.html). This “Sales Convention”, sometimes referred to as the CISG or the Vienna Convention, is in effect a federal (and international) counterpart to the state sales laws which are set out in the Uniform Commercial Code.

Neither situation, of course, meets the expectations of a party intending to have the Uniform Commercial Code govern the sale. To achieve that goal, the sales contract should state that the internal or substantive law of a particular state will apply, and expressly disclaim the Sales Convention.

Next Up:  Are U.S. sales laws preferred over “international” law? 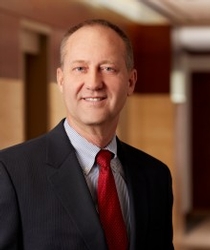