Is Your After-Acquired Property Clause What You Think It Is?

Since the UCC does not require that a debtor own collateral, an after-acquired property clause shouldn’t be tied to ownership since it needlessly carves out a slice of potential collateral. The case In re Salander-O’Reilly Galleries, LLC, 2014 WL 7389901 (S.D.N.Y. Nov. 25, 2014) highlights this very point. In In re Salander-O’Reilly, Kraken Investments Limited (the “Consigner”) consigned a $9.5 million Botticelli painting to Salander-O’Reilly Galleries, LLC (the “Art Gallery”), an art gallery in New York City.  The Art Gallery filed for bankruptcy and a dispute arose over who had superior rights to the Botticelli: the Consigner or the Art Gallery’s secured lender (the “Bank”).

If you are entering into a secured transaction or are undertaking a review of your existing loan documents, please contact us to ensure the language of your after-acquired property clause captures the full scope of your intended collateral. 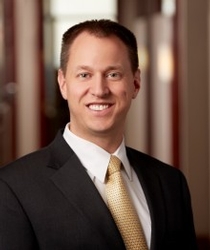