When a customer is financially troubled or sliding into possible bankruptcy, the trade creditor faces two distinct risks: non-payment or a suit to recover a payment that has been received usually under a “preference” theory. Creditors have long relied upon standby letters of credit to provide a valuable risk reduction tool when they are dealing with these types of financially unstable customers. For those unfamiliar with this tool, a standby letter of credit is essentially a promise by a financially sound bank to honor the payment obligations of its customer to a trade creditor upon the creditor’s request for payment. In a letter of credit transaction, the customer (“Applicant”), will have its bank (the “Issuing Bank”) issue an irrevocable standby letter of credit (“Letter of Credit”) in favor of the trade creditor (the “Beneficiary”). The Issuing Bank via the Letter of Credit undertakes the direct obligation to pay the Beneficiary when it requests payment in the manner specified in the Letter of Credit. If the Beneficiary’s request complies with the requirements of the Letter of Credit, the Issuing Bank pays the Beneficiary. This mitigates the payment risk by substituting the obligations of the financially secure Issuing Bank for those of the financially troubled Applicant. The separation between the Issuing Bank and the Applicant is known as the independence principle. The principle takes on an important meaning if the Applicant files bankruptcy.

So are there risks to the Beneficiary if it draws on a Letter of Credit before or after a bankruptcy filing? Unfortunately, in some cases, the answer is yes. A majority of courts hold a draw on a Letter of Credit is not prohibited by the automatic stay; however, a select few have enjoined such draws. See, e.g. Twist Cap v. Southwest Bank of Tampa, 1 B.R. 284, 285 (Bankr. M.D. Fla. 1979) (enjoining a draw finding it would effectively convert an unsecured obligation into a secured obligation); and Wysko Inv. Co. v. Great American Bank, 131 B.R. 146, 147 (D. Ariz. 1991) (using equitable powers under 11 U.S. C § 105(a) to justify this in unusual circumstances). These cases are a small minority and the general rule is that the automatic stay will not prevent a draw under the Letter of Credit where the Applicant is the bankrupt debtor.

Preference exposure is the other major risk sought to be avoided by the use of Letters of Credit. Unfortunately, Letters of Credit do not eliminate this risk completely. In In re Air Conditioning, Inc., 845 F.2d. 293 (11th Cir. 1988), the Circuit Court addressed a lower court decision in which a District Court overturned a trustee’s unilateral nullification of a draw on a Letter of Credit. The creditor won the initial battle but not the war, as the District Court went on to hold that payment of a creditor under the Letter of Credit qualified as a preference. In that case, a debtor had stopped a foreclosing equipment supplier’s repossession of a piece of equipment by posting a Letter of Credit secured by collateral owned by the debtor. The Letter of Credit and taking of the collateral were completed within 90 days of bankruptcy. Id at 296. The Court found that pledging the collateral to secure the Letter of Credit was an effective transfer of the debtor’s property to or for the benefit of the trade creditor and Letters of Credit, and that it constituted a preference under 11 U.S.C. § 547. The Court’s theory was that because the debtor’s unsecured claims would not be paid in full, the taking of the collateral to secure the Letter of Credit was an indirect transfer to the unsecured creditor of this collateral, which allowed this unsecured creditor to receive more than it would in a Chapter 7 liquidation. Therefore, the payment was subject to avoidance as a preference. See also, In re Compton Corp., 831 F.2d 586 (5th Cir. 1987) (holding preference exposure to a Letter of Credit beneficiary who drew on a fully secured Letter of Credit using similar logic); Creditors Holding Secured Claims v. Koch Oil Co., 53 F.3d 969,972 (9th Cir. 1995) (similar holding).

What can be taken from these cases is that generally a Beneficiary can safely draw on a Letter of Credit without violation of the automatic stay. Further, a draw on an unsecured Letter of Credit should be free from preference liability as the concerns highlighted by the 11th Circuit in the Air Conditioning case are not implicated. However, if the Letter of Credit is secured, an issue may exist depending on the jurisdiction where the bankruptcy is pending, and the circumstances under which the Letter of Credit was issued. The lesson to remember is that when dealing with Letters of Credit as a risk reduction tool for transactions with financially troubled customers, a trade creditor should first contact competent bankruptcy counsel to assist in assessing the situation to ensure it obtains the protections it is expecting from this tool. 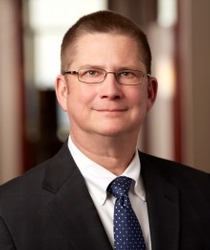