As has been widely reported, on July 27, 2017, the UK Financial Conduct Authority (FCA) announced that the London Interbank Offered Rate (LIBOR) will be phased out by the end of 2021. Industry experts have anticipated the cessation of LIBOR due to a number of scandals and resulting fines and convictions related to manipulation of the benchmark rate.

At this time, it is still too early in the process to determine how LIBOR will be replaced and how the markets will transition away from LIBOR. However, in August 2017, the Alternative Reference Rates Committee (ARRC) of the Federal Reserve selected a rate that it believes represents the best practice for use in new U.S. dollar derivatives and other financial transactions. The committee suggested a broad Treasuries repo financing rate, which is connected to the cost of borrowing cash secured by U.S. treasury securities and is based on close to $660 billion in daily transactions. Some foreign regulators have also suggested alternatives or replacements for LIBOR. Additional clarity will certainly develop over the course of the next year.

Most loan documents that utilize LIBOR as a benchmark rate include a replacement reference rate in case LIBOR is no longer available. At this time we are only advising our clients to review their existing loan documents to verify that those documents include a replacement benchmark rate, that the replacement rate can be determined without conflict between the parties and that the replacement rate accurately reflects the intentions of the parties. Because most variable rate loans have shorter terms, there should be ample opportunity to implement future guidance and industry trends at renewal time. However, additional consideration should be given to any loans which are currently being negotiated with the term of four or more years. We have been involved in multiple transactions implementing the latest replacement rate language and can provide further guidance upon request. 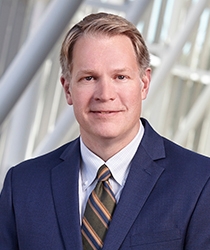