Physicians shouldn’t hesitate to contact their attorney when they find themselves being investigated by the Nebraska Department of Health and Human Services.

“A physician’s license may be at stake – their livelihood,” said Omaha attorney Thomas J. Kelley.  “Why on earth would anyone fool around with it?”

Kelley is a partner with McGrath North Mullin & Kratz in Omaha, which represents health-care professionals before HHS, and in state and federal court.

Kelley suggests physicians contact their attorney after receiving the initial call about the investigation.  They must no longer view the department as simply the day-to-day regulator of health care in Nebraska, but as a possible adversary.  He outlined the reasons in an article included in the May 2007 edition of The Nebraska Lawyer, the magazine of the Nebraska State Bar Association. Many times, physicians will wait to contact their attorney until a petition for discipline is about to be filed.  That’s too late, Kelley said.

“By then, the train has left the tracks.”

Physicians who face an investigation into their conduct must develop a balanced factual record that puts their alleged conduct in the best possible light, Kelley wrote.  “Unfortunately, at this point a petition for discipline is ready to be filed and a formal hearing scheduled, the factual record is virtually complete from the Department’s perspective,” he wrote.

This can cause problems for the physician who has failed to seek legal counsel for several reasons:

· The physician likely has been formally and informally interviewed, but may have neglected to take notes.  Without notes, the physician may not be able to recall what he or she said.

· During the investigation, the physician may have turned over numerous documents without keeping copies or a list of the items.  The physician may not know which documents are the basis for the petition for discipline.

· The physician may have filed a report about an incident without realizing the ramifications the report may have on the investigation.

· The physician may not realize he or she may be able to obtain a copy of the report from the Attorney General’s Office before it is filed.

· Should a formal hearing be imminent, the physician must ensure that his or her version of the alleged incident has been developed and is included in the agency record.

Kelley suggests in the article that an attorney may be able to identify and raise good faith legal or factual issues on the physician’s behalf.  An attorney also can help the physician respond to the health department’s requests truthfully and completely, but in a way that puts the alleged incident in the best light and takes into account related collateral considerations.

While legal costs are always a concern, a physician’s liability insurance may cover all or a portion of legal fees, Kelley said.

“This article appeared in the September/October 2007 issue of Physicians Bulletin.” 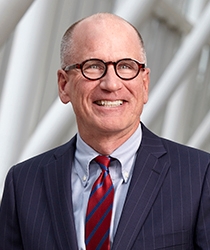