Nebraska's Article 9 Revision Amendments Are Effective July 1, 2013 – How to Stay Perfected Under the New Rules

The Nebraska Unicameral has enacted the revisions to Article 9 of the Nebraska Uniform Commercial Code (“UCC”) effective July 1, 2013 (the “Revisions”). Article 9 of the UCC governs the rights of creditors in personal property collateral securing various transactions. While the Revisions are not nearly as expansive as the 2001 amendments, there are several changes that impact lenders and other secured creditors. The following summarizes the more important changes and transition rules that should be followed to obtain or maintain a perfected secured position under the Revisions.

Under the Revisions, a financing statement sufficiently provides the name of the debtor:

The Revisions take effect July 1, 2013. The following rules govern the transition to the Revisions:

McGrath North has the experts needed to address any questions you have regarding the Revisions.  Please contact any member of the Financial Service Practice Group for assistance. 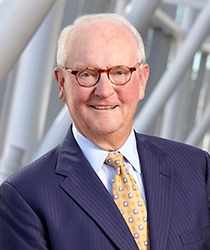