Primer on Garnishment Under Nebraska Law

Garnishment is a procedure whereby a creditor may recover property in the hands of a third party that belongs to a debtor. Under Nebraska law, a garnishment may be undertaken before or after judgment has been entered, but a garnishment for wages may only occur after the entry of a judgment. The parties involved in a garnishment of wages are typically a judgment debtor, a judgment creditor, and a garnishee (i.e., the judgment debtor’s employer).

I. Commencing the Garnishment Proceeding

Under Nebraska law, a garnishment proceeding is commenced when a judgment creditor files with a court a Praecipe and Affidavit for Summons in Garnishment, which must set forth (1) the amount due on the judgment; (2) interest; (3) costs in the office of the clerk of the court where the judgment has been entered; and (4) a statement that the person making the affidavit has reason to believe and does believe that the garnishee has property of and is indebted to the judgment debtor.

Once the Praecipe and Affidavit for Summons in Garnishment is filed, the clerk of the court then issues a summons requiring the garnishee to answer written interrogatories concerning any property of the debtor that the garnishee is holding. The summons must then be served upon the garnishee, together with Interrogatories, an Order of Garnishment, a Notice to Judgment Debtor Form, and a Request for Hearing Form, in the manner provided for service of a summons in a civil action, which may be accomplished by, among other things, certified mail or by personal service by the county sheriff.

The judgment debtor must also be given notice of the garnishment and copies of all of the documents described above via certified mail within three business days after the issuance of the summons by the court. The judgment debtor may request a hearing if he or she believes the Court should not allow a garnishment, either because the funds are exempt or because the amount is not owed on the judgment. This is done by filling out and filing with the court the Request for Hearing Form.

A continuing lien remains in effect until the occurrence of any of the following events: (1) the underlying judgment is satisfied in full or vacated or expires; (2) the judgment debtor leaves the garnishee’s employ for more than sixty days; (3) the judgment creditor releases the garnishment; (4) the proceedings are stayed by a court of competent jurisdiction, including the U.S. Bankruptcy Court; (5) the judgment debtor has not earned any nonexempt earnings for at least sixty days; (6) the court orders that the garnishment be quashed; or (7) ninety days have expired since service of the Writ, provided that the judgment creditor may extend the lien for a second ninety-day period by filing a Notice of Extension during the fifteen days immediately prior to the expiration of the initial lien.

Only one Order of Continuing Lien against the earnings due the judgment debtor may be in effect at any one time. If an employer receives a writ of garnishment and the employee’s wages are already being garnished under another continuing lien at the time the second one is served, the employer must so indicate in the Answers to Interrogatories and must state the date of termination of the first continuing lien and the title of the case from which the garnishment issued.

IV. Remedies of the Creditor

If a debtor files a bankruptcy petition, the garnishment is stayed under the Bankruptcy Code and any continuing lien is terminated under Nebraska law.

Employers should make sure that their employees know to whom they should send any garnishment orders they receive (or any other civil process) and that time is of the essence in getting the garnishment to the right people.

Employers should never ignore garnishments, even if the debtor listed in the garnishment order is no longer an employee.

Employers should be careful to follow the instructions in the garnishment order and Interrogatories.

Employers should make sure that Answers to the Interrogatories are filed with the court within ten days after service. 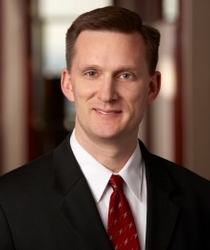