As the 2010 calendar year draws to a close, closely held C corporations may be examining year-end bonuses to officer-owners. With the I.R.S.’ recent increased focus on payroll matters (including worker classification and fringe benefits), bonuses to officer-owners are likely to be scrutinized by the I.R.S. for deductibility. A recent case from the United States Tax Court provides a current example of the factors that will be considered when the I.R.S. examines owner-officer compensation.

In Multi-Pak Corp. v. Commissioner, the Tax Court first considered nine factors to be used in evaluating the reasonableness of an employee’s compensation. These factors are as follows: (1) the employee’s qualifications; (2) the nature, extent, and scope of the employee’s work; (3) the size and complexities of the business; (4) a comparison of the salaries paid with the gross income and the net income of the business; (5) the prevailing general economic conditions; (6) a comparison of salaries with distributions to stockholders; (7) the prevailing rates of compensation for comparable positions and comparable businesses; (8) the salary policy of the taxpayer for all employees; and (9) the compensation paid to the particular employee in prior years where the business is a closely held corporation. It should be noted that the inquiry is one of objective reasonableness in light of the qualitative and quantitative attributes of the employee and the company.

In addition to the foregoing, the Tax Court also analyzed the employee’s position, hours worked, duties performed and the general importance of the employee to the company’s success; the character and condition of the company as indicated by its sales, net income and capital value; whether there was a relationship between the company and its officer-owner that might permit the company to disguise nondeductible distributions as salary expenditures; and whether there was a reasonable, long-standing, consistently applied compensation plan. The Tax Court noted that of primary importance to the inquiry regarding the “relationship” of the owner-officer to the company is whether an “independent investor” would be satisfied with the company’s performance in light of the compensation paid. Thus, the Tax Court examined the rate of return that would be received by an independent investor by dividing the corporate profit (after payment of compensation) by year-end shareholder’s equity. In past cases, the Tax Court has also examined the percentage of the officer-owner’s salary to gross sales as well as the percentage of salary to taxable income (before reduction for salary). The Tax Court has looked favorably upon a percentage of compensation to gross sales of 28% to 38% and a percentage of salary to taxable income of between 91% and 108%.

When examining the prevailing rates of compensation for comparable positions and comparable business, the Tax Court will allow a taxpayer to combine multiple job roles, particularly when the officer-employee is the “chief cook and bottle washer” for the company. In other words, if an employee-owner takes on the roles of CEO, COO, CMO and CFO, and if this can be objectively established, then a comparative analysis of compensation must be viewed from a qualitative replacement standpoint, meaning that in order to replace the particular employee, multiple individuals would be needed, all earning prevailing rates of compensation. In addition, the Tax Court will look favorably upon a history of under-compensation where it is evident that the owner-officer’s compensation for the year was intended, in part, to make-up for past under-compensation. 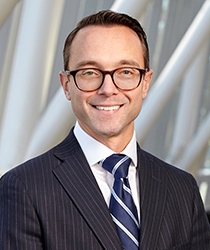