In November, the acting Director of ICE (Immigration and Customs Enforcement) announced that the agency planned to quadruple or even quintuple work site enforcement. Between October 1, 2017 and May 4, 2018, ICE opened 3,510 investigations of employer compliance with immigration laws. It had initiated 1,716 investigations for all of fiscal year 2017. ICE has also launched 2,282 audits of employers’ I-9 employment verification form compared with only 1,360 audits last fiscal year.

Investigations do not necessarily have to include I-9 audits, but could. Other reasons to initiate an investigation would be a law enforcement-related tip or a reported violation of wage and hour laws or other labor laws.

Additionally, ICE has begun to institute a new methodology for calculating fines based both on paperwork and hiring or retention violations by employers so as to, at least in some cases, dramatically increase the amount of employer fines.

The takeaway from the increased ICE activity and fine calculations is that employers must be very vigilant with respect to their hiring process and the proper training of employees who participate in the completion of Form I-9. E-verify remains a viable, although sometimes painful, alternative for avoiding, or at least lessening the chance of an ICE investigation and the accompanying fines. 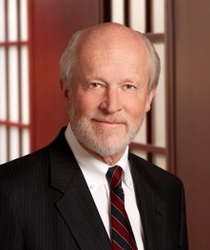