On August 31, 2016, the U.S. Department of Justice (“DOJ”) filed a civil antitrust lawsuit to halt Deere & Co.’s acquisition of Precision Planting, LLC from Monsanto, Co. The DOJ argues the lawsuit is necessary in order to preserve competition in the agriculture industry for high-speed planting technology.  High-speed planting technology allows farmers to plant corn, soybeans and other row crops up to 10 mph—approximately twice the speed of a traditional planter—without sacrificing accuracy.  This helps farmers get their crops in faster during the spring planting season to increase growers’ yields and lower costs.

According to the DOJ lawsuit, the intense head-to-head competition between Deere and Precision Planting “directly benefitted farmers through aggressive discounts and promotions, 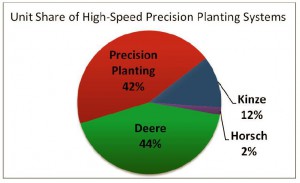 Deere and Monsanto recently pushed back against the DOJ. In court papers filed October 12th, Deere argued that high-speed planting equipment was not in a distinct market from traditional planting equipment, but was rather one of many factors farmers consider when purchasing planting technology.  Deere also dismissed DOJ’s concerns that it will reserve only the best and most advanced high-speed planting technology for new Deere planters.  Deere granted assurances that “[p]ost-transaction, Deere’s ExactEmerge planter technology will continue to provide growers seeking to buy new planters, as well as those that own late-model Deere planters, an opportunity to plant with greater precision at faster speeds.  Meanwhile, Precision Planting’s products will continue to provide retrofit solutions for a range of planter makes and models, including late-model as well as older Deere planters.”  Thus, Deere argued competition will intensify under its acquisition of Precision Planting because Deere’s resources and capabilities will help Precision Planting quickly bring to market new, innovative solutions that will benefit commodity growers.

In a further attempt to satisfy the DOJ, Deere announced its intent to license Precision Planting’s SpeedTube technology to competitor Ag Leader Technology after the merger. However, experts remain skeptical because the proposed licensing agreement doesn’t appear to transfer any actual patents or intellectual property assets to Ag Leader.  Deere is moving ahead with the proposed acquisition of Precision Planting from Monsanto despite the DOJ lawsuit, and the case is expected to go to trial in February before a U.S. District Court in Illinois. 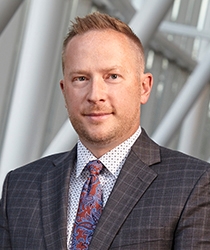