It is the nightmare of every loan officer: Waking up one day to find that another lienholder claims priority based on an alleged mistake the loan officer made in recording lien documents. The nightmare became real in the recent case of Borrenpohl v. DaBeers Properties, LLC, 276 Neb. 426 (2008), where construction lien claimants asserted priority over the bank’s trust deed, based on the fact that a notice of commencement, which had been delivered to the register of deeds in the same envelope as the bank’s trust deed, was file-stamped before the trust deed. The bank, however, with the assistance of McGrath North, persuaded the Nebraska Supreme Court that its lien should prevail.

Two subcontractors the borrower engaged for the project later made improvements to the property and recorded construction liens relating to their work. Their liens not having been satisfied, the subcontractors then brought suit to foreclose their liens and to establish their lien priority. They brought the bank into the lawsuit as a defendant and asserted that because the notice of commencement was file-stamped before the trust deed, all liens attaching under the notice of commencement were prior to the bank’s lien.

The subcontractors’ argument was based on the fact, not disputed by the bank, that under Nebraska law, construction liens recorded under an earlier-filed notice of commencement relate back to the time of its filing, for purposes of determining the priority of liens on property. The key to the argument, however, was the subcontractors’ assertion that the time of recording of the documents in question was the time stamped on them by the register of deeds and that priority is determined according to the file-stamped time. The bank, by contrast, argued that under the applicable statutes the time of recording was the time the documents were delivered and that in cases where documents are delivered together, the relative priority of the liens is resolved by reference to the intent of the parties, which in this case indisputably favored the bank. On appeal, the Supreme Court adopted the Bank’s argument.

The Supreme Court recognized that the outcome of the case depended on when an instrument is considered recorded. The court, having examined the general recording statute (i.e., Neb. Rev. Stat. § 76-237) and the Nebraska Construction Lien Act (Neb. Rev. Stat. § 52-127(13)), found that an instrument is recorded at the time it is delivered to the register of deeds, and that documents delivered together are considered recorded simultaneously. The court found no support in the relevant statutes for the subcontractors’ argument that the time of the file-stamp determines the time of recording.

The court then considered the relative priorities of the parties, in light of the simultaneous filing. In deciding this question, the court relied on a prior case, Judkins-Davies v. Skochdopole, 122 Neb. 374 (1932), which involved two competing mortgages and in which the Supreme Court affirmed a trial court’s determination that, based on the parties’ intentions, a second-filed mortgage was entitled to priority over a first-filed mortgage. The court in Borrenpohl extended the reasoning of Judkins-Davies to cases involving construction-lien claims and held that where instruments are delivered together without instructions, the relative priority of the interests is resolved by considering the intentions of the parties. The only evidence on that issue showed that the parties intended the bank’s trust deed to have priority over construction liens, so the court affirmed the trial court’s grant of summary judgment in favor of the bank.

The Borrenpohl case settles a question that had the potential to cause problems for secured lenders in Nebraska. There appears to be no uniform practice among lenders for including or not including instructions when sending documents to be recorded. Moreover, there is not an established uniform practice among registers of deeds for filing documents that arrive together without instructions. Adopting a rule contrary to the one applied in Borrenpohl would have made the question of priority depend entirely on exact compliance with potentially contradictory filing practices and procedures in ninety-three different counties, not to mention the ability of registers of deeds to record documents according to those practices and procedures with 100% accuracy. The legislature sensibly made the time of delivery be the time of recording, and the Supreme Court sensibly recognized that the parties’ intent should govern priority where documents are recorded simultaneously.

If you should need assistance in a dispute involving the priority of liens, please do not hesitate to contact the author or one of the other members of McGrath North’s Financial Services Group. 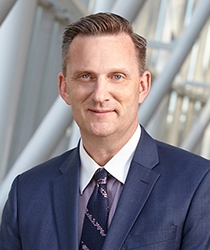