Securities Liability And Statements Of Opinion

Omnicare was a securities class action alleging that Omnicare made material misrepresentations and omissions about its compliance with certain legal and regulatory requirements. Omnicare stated that “we believe our contract arrangements with healthcare providers … are in compliance with applicable federal and state laws.” The federal government subsequently instituted an investigation concerning Omnicare’s alleged payment of kickbacks in order to obtain the contracts with healthcare providers.

The lower court granted Omnicare’s motion to dismiss on the basis that Omnicare’s expressions of “belief” for statements of opinion which could never be the basis for securities liability. The Supreme Court undertook a review of the lower court’s decision.

The Supreme court determined that statements of opinion or belief could in certain circumstances give rise to securities liability under one of two circumstances: if the public company did not in fact hold the belief, or failed to disclose material facts about the basis for the belief.

With respect to the first exception, i.e., that the public company did not in fact have the belief, the Court noted that “a sincere statement of pure opinion is not an untrue statement of material fact regardless of whether an investor can ultimately prove the belief wrong.”  As applied to the Omnicare case, the Court determined that Omnicare’s “belief” that it was complying with the law was not actionable as a misstatement of fact, since the plaintiffs did not contest that Omnicare’s opinion was honestly held.

With respect to the second exception, i.e., basis for the opinion, the Court stated that a reasonable investor may, depending on the circumstances, understand an opinion statement to convey facts about how the company has formed an opinion. The Court gives the example of a company expressing its belief about its legal compliance without having consulted a lawyer. The Court concludes the statement “could be misleadingly incomplete … since an investor, though recognizing that legal opinions can prove wrong in the end, still likely expects such an assertion to rest on someone’s meaningful legal inquiry.”

The Court stressed that an opinion statement “is not necessarily misleading when an issuer knows, but fails to disclose, some fact cutting the other way; reasonable investors understand that opinions sometimes rest on a weighing of competing facts.” The Court set out stringent pleading requirements for a securities class action to avoid a motion to dismiss. An investor must identify particular and material facts going to the basis of the company’s opinion –- facts about what knowledge the company did or did not have and any inquiry it did or did not make –- which omission would make the opinion statement misleading to a reasonable person. The Court stated “that is no small task for an investor.” 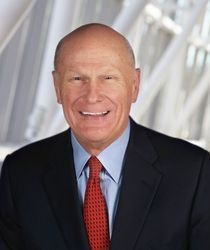