We wanted to update you on two Nebraska tax proposals which the Legislature did not pass as well as keep you informed regarding South Dakota’s remote sales tax collection statute (which is being challenged now in the South Dakota courts).

Many of you may have been keeping track of LB 373 as introduced in the Nebraska Legislature this term. LB 373 would have eliminated Nebraska’s capital gains exclusion for shareholders, reinstated Nebraska’s estate tax and generation-skipping transfer tax, reinstated Nebraska’s alternative minimum tax and prohibited new Nebraska Advantage applications after January 1, 2018, among other changes. In effect, this bill would have repealed many of the favorable tax changes which Nebraska has enacted over the past decade (and beyond). Nebraska adopted the capital gains exclusion for shareholders to incent shareholders of Nebraska based businesses, who received their stock while employed, to stay in Nebraska upon retirement. Nebraska was losing many of these residents to other states for tax reasons.

Wisely, the Nebraska Legislature chose not to pass LB 373 during this legislative session. While LB 373 did not pass, this does not mean that Nebraska’s favorable tax rules, including Nebraska’s special capital gains exclusion and the Nebraska Advantage Act, are secure. The Department of Revenue, over the past several months, has been pushing a number of new legal theories that, in practice, reduce the value of many favorable provisions for Nebraska’s taxpayers. If you, or your client, have been affected by the Department’s tax positions, please contact a member of the McGrath North Tax Group to discuss this further.

If a remote seller refused to collect Nebraska sales tax, the remote seller would have been subject to numerous notice and reporting requirements, including the filing of an annual statement for each purchaser showing the total amount paid for Nebraska purchases by such purchaser during the previous year. The bill also imposed penalties if a remote seller failed to provide the required notices and statements.

This bill attracted some national attention because it would have made Nebraska one of the first states to impose a sales tax collection or notification requirement on remote sellers. In fact, the Nebraska Attorney General issued a formal opinion which concluded that the sales tax collection obligation of this bill was unconstitutional. This bill also failed to pass during the 2017 legislative session.

While it did not pass, LB 44 highlights the need for companies that do business across state lines to be aware of the tax collection and reporting requirements in those states. Businesses don’t want to be surprised with a five or six figure (or more) tax bill from another state in later years. If you, or your client, has been selling in other states and has not confirmed compliance with the laws of those states, feel free to contact a member of the McGrath North Tax Group to discuss this further.

We had previously highlighted South Dakota’s remote seller requirement. In 2016, South Dakota passed a law which required any entity exceeding an annual sales threshold of $100,000 or making at least 200 separate sales in South Dakota to collect South Dakota sales tax. This was passed as a direct challenge to the U.S. Supreme Court decision in Quill Corp. v. North Dakota, which decision prohibited states from requiring remote sellers to collect sales tax. The South Dakota law also included a provision which precluded the state from enforcing the requirement until the legal issue was resolved.

On March 6, a South Dakota Circuit Court, on the authority of Quill, held that the law was unconstitutional and enjoined the state from enforcing the law. The court noted that it was not the place of a state circuit court to disregard a ruling from the U.S. Supreme Court. This decision paves the way for an appeal to South Dakota’s Supreme Court. We’ll plan to keep you informed of the developments regarding this law, since we realize that many Nebraska companies regularly sell into South Dakota. 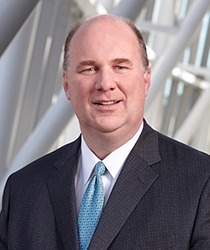