Nebraska’s definition of a “resident” for income tax purposes can be problematic for workers who are domiciliaries of another state, but who commute to and work in Nebraska for a significant portion of the year. Because they spend a significant amount of time in Nebraska, many of those workers rent apartments in Nebraska (rather than rent hotel rooms or other short-term lodging arrangements). If a worker maintains an apartment in Nebraska and the worker spends more than six months of the year physically in Nebraska, that worker is likely considered a Nebraska resident individual for income tax purposes. This means that the worker’s entire federal taxable income is subject to Nebraska income tax, rather than just the income actually earned in Nebraska. In light of these rules, practitioners would be well advised to evaluate the consequences of a temporary or traveling worker’s living arrangement while in Nebraska. The choice of living arrangement could have a negative tax effect that would far outweigh the potential savings from maintaining an apartment in Nebraska (in lieu of renting a hotel room).

A person can be considered a Nebraska resident by maintaining a place of residence in the state and spending more than six months a year in the state.

R.R.S. Neb. § 77-2714.01(7) defines a resident individual to mean either: (a) an individual who is domiciled in Nebraska; or (b) an individual who maintains a “permanent place of abode in the state” and who spends more than six months of the taxable year in Nebraska (in the aggregate). Accordingly, a person may be considered a Nebraska resident for tax purposes in two ways. First, a person can be a domiciliary of Nebraska in the traditional legal sense. A regulation published by the Nebraska Department of Revenue, Nebraska Admin. Code Title 316, Ch. 22, Reg-22-001.0, defines the term domicile to mean “the place where an individual has his or her true, fixed, and permanent home and principal establishment, and to which whenever he or she is absent he or she has the intention of returning. Actual residence is not necessary domicile.”

Example:    Tex Austin, a Texas domiciliary, maintains an apartment in Omaha, Nebraska. Tex spends four months out of the year at the Omaha apartment. Tex also spends an additional two months and one week traveling throughout Nebraska. During these two months and one week, Tex stays in hotels throughout the state, and does not utilize his Omaha apartment. Tex does not spend his time in Nebraska in one consecutive period. Because Tex both maintains a permanent place of abode within Nebraska and spends more than six months of the year in Nebraska, Tex is considered a Nebraska resident for income tax purposes.

Income earned by members of the military who were Nebraska domiciliaries when they entered the military is generally subject to Nebraska tax during their entire military service.

Members of the armed services who are domiciliaries of Nebraska when they enter the military are considered residents of Nebraska for income tax purposes throughout their service. Nebraska Admin. Code Title 316, Ch. 22, Reg-22-001.06A. This rule applies regardless of where the military member may be assigned to duty or how long that duty lasts.

Example:    Sam Soldier graduates from a Nebraska high school and joins the U.S. Army after graduation. Following basic training, Sam is stationed at an army base in Nevada, where he is deployed for six years. During the six-year period, Sam’s income from the military is subject to Nebraska income tax. Although Sam is stationed in Nevada, which does not have a state income tax, Sam must still pay Nebraska income tax.

Military members may change their states of residence by performing acts that demonstrate an intent to change residence to another state.

Practitioners should be aware that the state taxation of a military member’s income on the basis that the military member is a resident of that state is a fact dependent question. Not surprisingly, such questions have been litigated or contested numerous times. See e.g., United States v. Minnesota, 97 F. Supp. 2d 973, 979 (D. Minn. 2000). In analyzing questions regarding a military member’s residency, practitioners should also be mindful of the federal Servicemembers Civil Relief Act, codified at 50 Appx. U.S.C.S. § 501 et seq.

These materials are published solely as reference materials for use by attorneys and other tax professionals.  They do not constitute an opinion or written advice concerning federal or state tax issues and are not written to be used, and cannot be used, for the purpose of avoiding penalties that may be imposed under the Internal Revenue Code or other applicable tax laws. 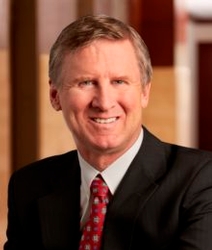 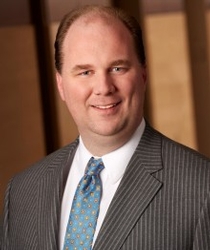