The H-1B Filing Date for "Cap" Petitions is Fast Approaching

H-1B visas allow highly skilled foreign workers to temporarily work in the United States. The worker must have a bachelor’s degree or higher. Under the current H-1B system, 85,000 petitions may be granted – 65,000 “H-1B regular cap” visas (new hires) and 20,000 “master’s exemption” visas (professionals who graduate with a master’s degree or doctorate from a U.S. university). However, the number of petitions filed over the past several years have vastly outnumbered the 85,000 cap. In the last government fiscal year, for example, approximately 190,000 petitions were filed.

H-1B visas will not actually be available until October 1, the start of the government’s fiscal year. The earliest a petitioner/employer can file an H-1B petition is 6 months prior to the October 1 availability date, which is the first week of April. If the number of petitions filed during that first week have exceeded the maximum number of allowable H-1Bs, a lottery will be held to determine which petitions will be selected for processing. The remaining petitions are returned to the sender along with the government filing fees.

There are certain categories of studies, such as science, technology, engineering, and mathematics, which will allow individuals with degrees in those areas whose petitions were not selected to continue their status in the U.S. so that they would be able to try again for the H-1B lottery held the following year.

The message to employers is clear: With only about five weeks until the submission date, there is no time to waste. If you wish to use our services, please contact us immediately and we will provide you with a form requesting information and a list of necessary documents.

Diana has limited her practice of law to immigration related issues and has been practicing for more than 10 years. She joined the McGrath North immigration practice last year. Her practice is focused on family immigration and business immigration including H-1B, L and TN (associated with NAFTA) temporary work authorization visas, petitions for permanent residency, and petitions for U.S. citizenship. If you have any questions, please call Diana Morales McFarland at 402-633-9563. 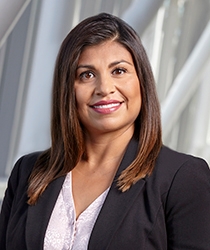