The SECURE Act: How The Elimination Of The "Stretch IRA" Will Impact Your Estate Plan

Congress encourages retirement savings by giving income tax breaks to people who make contributions to an IRA or other qualified retirement plan. Until recently, surviving beneficiaries also enjoyed tax advantages on plan distributions received after the owner’s death. However, a new federal law known as the “SECURE Act” is designed to limit these post-death tax benefits for many designated beneficiaries. These changes, which are discussed below, are effective as of January 1, 2020.

Before the SECURE Act, the distribution rules for retirement accounts were generally more favorable for “designated beneficiaries” (individuals or “see-through” trusts) who inherited a retirement account after the owner’s death. With certain exceptions, the old rules provided that, upon the death of the account owner, the remaining account balance could be distributed in annual installments (known as “required minimum distributions” or “RMDs”) over the life expectancy of the designated beneficiary. Since plan distributions are subject to income tax as they are received, the ability to spread out distributions over many years (or even decades) provided several important tax-deferral advantages for beneficiaries. This is commonly referred to as a “stretch out” or “stretch IRA.”

The old rules also provided for a special exception that applied only to a surviving spouse named as the primary beneficiary. Under this special exception, the spouse had the option to “roll over” the inherited benefits into an IRA in the spouse’s own name, and thereafter the spouse would be treated as the “participant” or “owner” with respect to those retirement benefits. (Note that the SECURE Act does not change these spousal rollover rules.)

Summary of New Rules under the SECURE Act

The SECURE Act applies to most retirement accounts (including 401(k)s, 403(b)s and IRAs) that are inherited on or after January 1, 2020. Defined benefit plans, including certain annuity payouts in an IRA or other qualified retirement plan that were already locked in prior to 2020, are not impacted.

Under the new rules, the “stretch out” has been eliminated for most non-spouse beneficiaries. Plan benefits payable to such beneficiaries must now be completely distributed by December 31 of the year that contains the 10th anniversary of the owner’s date of death. Thus, the stretch out has been replaced by a “10-year payout” rule. Distributions can be made at any time, and in any amount, during the 10-year payout period so long as the plan is totally distributed by the last day of the payout period.

In light of the significant changes made by the SECURE Act, all retirement account holders are encouraged to review their existing beneficiary designations and consider how their estate plans may be affected by these new rules. If you want more information about how these changes may impact you, please contact a member of the McGrath North Tax Group. 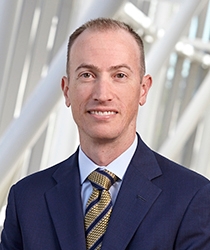