The Top Four (4) Not So Well-Known Tax Law Changes

A lot has been written recently about HR 1, known as the Tax Cuts and Jobs Act (“Act”), signed into law in December of 2017. This article will highlight important, but perhaps lesser known, changes in the Act.

To place pass-through entities on par with the reduced income tax rate for C corporations, the Act provides a deduction for a portion (generally 20%) of income derived in a trade or business through a partnership, S corporation, or as a sole proprietor. In addition, other passive investors are also advantaged.

Second, owners of publicly traded partnerships may generally take a deduction of 20% of income received from the applicable partnership.

Because of these changes, investors in REITs and publicly traded partnerships will see a maximum effective tax rate of 29.6% (plus, where applicable, 3.8% net investment income tax) rather than 39.6% before the Act.

To offset the reduction in the corporate tax rate and the new deduction for pass-through businesses, the Act eliminates many deductions for business expenses that are considered “entertainment.” For tax exempt entities, the Act now creates UBTI, regardless of whether the tax exempt entity is engaged in an unrelated trade or business, if the entity provides the following fringe benefits: qualified transportation fringe, any parking facility used in connection with qualified parking, or any on-premises athletic facility. The amount of the UBTI is generally the cost of the fringe benefits.

A qualified transportation fringe generally includes employer provided commuter transportation, transit passes and employer provided parking. An on-premises athletic facility is an athletic facility that is located on the employer’s premises, operated by the employer, and used with substantial exclusivity by employees, their spouses and dependents. Interestingly, one requirement for the creation of UBTI is that the fringe benefit is not otherwise deductible by a non-tax exempt entity. The final tax legislation retained the deduction for on-premises athletic facilities creating a question as to whether this benefit actually creates UBTI.

Interest on debt incurred with respect to a trade or business is generally deductible. Personal interest is typically not deductible (except in the case of a mortgage loan on a personal residence) and investment interest, while deductible, can generally only offset investment income.

There are exceptions to the new deduction limit under the Act. First, the limitation does not apply if a taxpayer’s average annual gross receipts for the last 3 years does not exceed $25,000,000. Second, the limit does not apply to active real estate businesses if an irrevocable election is made for the business. The election requires the use of longer recovery periods for depreciation (generally, 40 years instead of 39 for nonresidential real property and 30 instead of 27.5 years for residential real property).

The Act expands the permissible uses of 529 Plans. Previously, 529 Plans could only be used for qualified higher education expenses incurred beyond high school. Under the Act, up to $10,000 per beneficiary per year from a 529 Plan may be used for enrollment or attendance at an elementary or secondary school. For states like Nebraska that allow a state income tax deduction for contributions to 529 Plans, the change would seem to effectively allow a state income tax deduction for private elementary, middle, and high school tuition (when funded via a 529 Plan). In Nebraska, taxpayers are allowed a maximum state income tax deduction for contributions to the Nebraska educational savings plan trust (NEST) of $10,000 per year (for a married couple). However, under Nebraska state law, contributions to NEST may not be used for secondary and elementary schools (only post-secondary public or private schools generally qualify). Therefore, unless the Nebraska legislature makes a law change, Nebraska residents will not see any income tax benefit associated with the Act changes (of course, certain non-Nebraska 529 Plans may nevertheless be able to be used to pay for elementary or secondary school tuition). 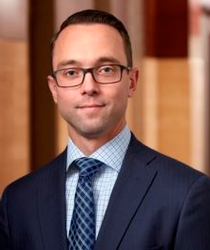