To Agree Or Not To Agree: Should Your Business Contract Include An Arbitration Clause?

The idea of including an arbitration clause frequently arises during contract negotiation. But should you agree? The best and worst thing about arbitration is the same thing: When it’s over, it’s over. That is because the chances of convincing a court to overturn an arbitration award are usually between slim and none. Whether that is a good thing or a bad thing depends on whether you won. If you lost, chances are you’re out of luck trying to overturn the award. On the other hand, if you won, then, arbitrations are the greatest thing since sliced bread.

In making the decision, consider the following questions.

First, if a dispute arises, will you likely be in a favorable forum? One way to avoid being “home towned” is to agree to arbitration in a neutral location in front of an arbitrator who presumably will be neutral.

Second, if a dispute arises, will you likely benefit by a jury trial (assuming it is the type of issue that would be tried to a jury) or not? For example, if your company is a very large, well respected employer in the community where your case would be tried, perhaps your company would be better served by rolling the dice with a jury and whatever jury prejudice might be inherent in your panel. Conversely, if your company has taken a beating in the local press lately or is one of the typical targets for plaintiff lawyers, e.g. an insurance company, you may prefer even a bad arbitrator to a jury that might view your company as having two strikes against it when you walk into court.

Third, what are the expenses associated with arbitration versus litigation? Many clients simply assume, without any analysis, that litigation will be more expensive than arbitration, but that does not always prove to be true. When you’re making this analysis, be sure to consider whether discovery is permitted under the arbitration rules that will govern your dispute, travel costs and other expenses, including most importantly the fees that will be charged by the arbitrators (unlike judges, they don’t work for free) and any fees charged by an association that will be administering the arbitration (many associations, like the American Arbitration Association, charge a fee based on the amount of controversy in the dispute).

Fourth, if discovery is not permitted under the arbitration rules that will govern your dispute, will that be to your company’s advantage or not? With all its evils, discovery does help lawyers and their clients avoid “trial by ambush,” which may occur if you show up at an arbitration hearing without the benefit of knowing much about your opponent’s case or what your opponent’s witnesses will say. The answer to this question may depend on whether you think discovery may be necessary to prove your company’s case or not. For example, if your company likely will be the claimant, it may not need much discovery to prove its case and “trial by ambush” may be a strategic advantage. Conversely, if your company will likely be defending a claim and it will be difficult to do so without the benefit of some discovery of your opponent’s case, arbitration may put your company at a disadvantage.

Drafting Tips for the Clause

If you do decide to include an arbitration clause in a contract or other legal document, here are some drafting tips to consider:

Of course, like any legal agreement, you should not consent to an arbitration clause before fully exploring the pros and cons of such a clause with your legal counsel before binding your company to such a clause. Remember, when it’s over, it’s over. 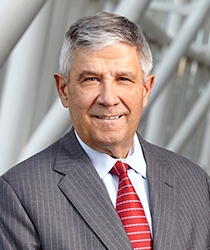