We are often asked what companies are right for an ESOP. The short answer is a company that is a corporation with 20 or more employees (non-union), revenue of $5 million or more, payroll of $1 million or more and profitable growth. This thumbnail sketch provides a minimum threshold for who may be eligible to sponsor an ESOP, but why set up an ESOP? There are two basic answers for this question. First, it is an exit strategy for owners to sell their stock in a strong succession plan. Second, it enables the company’s loyal employees to share in the company’s growth and profits. There are also significant tax benefits provided through an ESOP, but often it is not the tax benefits that sway the decision-maker to choose an ESOP.

An employee stock ownership plan (“ESOP”) is a special type of retirement plan with similar tax benefits as a 401(k) plan. It provides retirement benefits to the employees and a market for the capital stock of the company at fair market value. An ESOP is a vehicle for ownership transition. More importantly, it is a corporate finance vehicle for the company to expand its business with pretax dollars and provides creative solutions for estate planning problems. Unlike the 401(k) plan, the ESOP is a retirement plan that invests primarily in the stock of an employer and can borrow money for the sole purpose of buying stock either from the company or from individual shareholders. The stock is held in trust in the ESOP for the beneficial interest of the employee participants. This beneficial ownership creates an ownership culture and allows the employees to participate in the growth and success of the company. In addition to the ESOP, the key management team can be incentivized with non-qualified deferred compensation such as stock appreciation rights or phantom stock.

A succession plan for the company and the owner is both a way to transition the ownership of the business to a new owner and receive fair compensation for the sale of the business. Baby-boomer entrepreneurs have worked hard to grow their company into the successful business that it is today, but many find they have no children to take over the company. There is a strong management team, who is loyal and capable. The owner is loyal to the employees, and the employees are loyal to the owner. Maybe the succession plan is to sell the company to a third-party buyer. But sometimes there is no third-party buyer or sometimes, the third-party buyer is not the one you trust to take over your business and keep the company in your community and your employees employed.

If the third-party buyer is a private equity investor, you may receive more cash up front, but the private equity investor may think your business is not running as it should and may likely cut jobs, including yours and your management team’s jobs. With a strategic buyer, you may get the highest price for the sale of the business. But, as with the private equity investor, a strategic buyer may think your business is not running at the level it should, may not keep you or your key management team and will likely make cuts to reduce expenses and eliminate redundancies. A strategic buyer may also relocate the business to curb expenses. Another possibility is an internal buyer. An internal buyer of your business typically is friendlier and is represented by people you trust. You will be able to stay on longer after the sale for a slower transition. The disadvantage to an internal buyer may be in terms of financial reward. The internal buyer may not have access to cash or perhaps pay the purchase price over time rather than having cash up front.

The benefits of selling your business to an ESOP is that the ESOP is able to buy part or all of the outstanding stock of the company and pay down the debt on a pre-tax basis. The ESOP serves as a vehicle to create a tax efficient market for the stock of the company later on. If your company is a C corporation, the owner can defer all capital gains on the sale of stock indefinitely if at least 30% or more of the ownership of the company is held by the ESOP after the sale. This deferral of the capital gains falls under Internal Revenue Code Section 1042 and requires the seller to buy qualified replacement property with the sale proceeds which usually means domestic stocks and bonds of active businesses. From a sale to an ESOP, the owner can be repaid quickly with tax deductible dollars and the company will be able to deduct the contributions and any C corporation dividends paid to the ESOP. Both contributions and either dividends or S corporation distributions can be used to pay down an ESOP loan used to acquire company stock. S corporation ESOPs pay little or no federal and state income tax due to the ESOP being a tax-exempt entity. In addition, employee participants are not taxed on any contributions made to their accounts in the ESOP until those contributions and earnings are distributed at the time of retirement or termination of employment.

An ESOP is a succession tool for the owner and the company itself by transferring ownership to the ESOP. This means the owner sells company stock at fair market value to a trust that holds the shares for the benefit of the employee participants. The ESOP is also a management succession tool because the ESOP serves either as an incentive and award for current management to grow the business or is a future successor management tool with an opportunity to receive the benefit of growing the business. Finally, the ESOP is a tax efficient legacy planning tool and can serve to preserve the independence of the business.

In a sale of the business to an ESOP, the ESOP may borrow money from either a third-party lender or a seller note to buy part or all of the outstanding stock of the company. The ESOP uses the borrowed funds to purchase stock from the selling shareholder(s). The company makes annual contributions to the ESOP which the ESOP then uses to repay the debt. The shares of stock held in the ESOP trust are allocated to the participants slowly as the ESOP debt is paid down. Typically, the ESOP loan will be paid over a 20-30 year period. Over time, the participants receive more stock and/or cash in their accounts in the ESOP. As the value of the stock increases due to the performance of the company, the account balances of the participants increase. When participants retire or terminate employment, the account balance is paid out in cash which in turn can be rolled over to an IRA with no tax consequences. The company is required to buy back any stock distributed from the ESOP through a put option at fair market value.

In addition to the significant tax benefits, ESOP has other intrinsic benefits. Through ESOP education and training, participants begin to think and feel like owners of the company. This is what we call an ownership culture in an ESOP company. Participants learn that their benefits are tied to the capital growth of the company and begin to act differently at work. Participants begin to act like owners. Studies show that ESOP companies paired with an ownership culture outperform non-ESOP companies. (See, https://www.nceo.org/articles/research-employee-ownership-corporate-performance.)

There are some procedural steps for implementing an ESOP. Initially, a feasibility study is done to do an initial transactional analysis to determine the value of the stock of the company. The second step would be to determine the financing of the purchase of the stock. This can be through senior bank debt, a mezzanine lender or the selling shareholder. The third step would be to actually adopt an ESOP plan document, retain a company ESOP attorney, an ESOP trustee and a financial advisor to perform the valuation for a stock transaction. The ESOP trustee may also hire its own attorney and the company would then hire a plan administrator or recordkeeper to perform the administrative duties or handle these administrative services in-house. The next step would be to implement the stock transaction. After the transaction closes, the company obtains an annual valuation to determine the value of the stock for ESOP plan administration purposes, completes the annual ESOP administration and recordkeeping, begins communications, training and education for the employee participants, ensures legal compliance, and if there are more than 100 participants in the ESOP, has an annual plan audit completed.

A sale to an ESOP means the selling shareholder and the key managers remain the management team directing and handling the day-to-day operations of the business. There is no relocation of the company; it stays in the same community. There is no loss of jobs; employees keep their jobs. The tax benefits help the company to grow and pay down its debt. The company is sustainable.

In your succession planning, an ESOP might be the right answer for you. If you have any questions or would like to discuss in more detail how an ESOP might work for you, please do not hesitate to contact us. 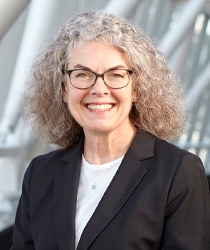