Retirement Plan Enhancements On The Way

For many months Congress has been working on retirement savings enhancements that expand and build on the SECURE Act of 2019. Although multiple proposals are being discussed, which include SECURE Act 2.0, the RISE & SHINE Act and the EARN Act, I will refer to the bills collectively as the SECURE Act 2.0. The SECURE Act 2.0 has bipartisan support and one version has passed the House of Representatives. The Senate is working on its own version. However, there is significant commonality between the House and Senate versions.

Due to the timing of this article, the below summary is subject to modifications that may be reflected in the ultimate SECURE Act 2.0 which will likely pass Congress and be signed into law this year. This discussion describes the more significant proposals and is not all inclusive of the proposals being discussed in Congress.

The SECURE Act of 2019 requires that part-time employees with 500 hours or more of service (but less than 1,000 hours of service) for three consecutive years must be eligible to participate in their company’s 401(k) plan. Effective for plan years beginning after December 31, 2022 or one year after the date of final regulations, the SECURE Act 2.0 reduces the three year requirement to two years.

Based on the proposals, new 401(k) plans would generally be required to provide for automatic enrollment and deferral increases as follows:

The automatic enrollment and increase requirement for new plans would be effective for plan years beginning after December 31, 2024.

Effective for plan years beginning after December 31, 2022, or 2023 under the EARN Act, employers can make matching contributions on participant student loan payments up to the 401(k) contribution limit. The nondiscrimination testing rules would permit separate testing for the contributions based on student loan repayments.

The SECURE Act 2.0 would expand the availability of plan distributions as follows:

In addition to the above, effective for plan years beginning after December 31, 2022, the cash out limit for distributions without participant consent would be increased from $5,000 to $7,000.

Congress continues to support enhanced retirement savings, as demonstrated by the above highlights of the proposed SECURE Act 2.0. The above proposals are being met with popularity and, although it is uncertain what will be in the final law, it is likely that the above provisions will be included in the same or similar form. 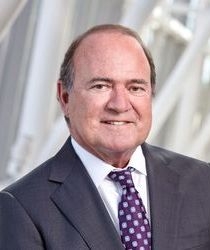