The American Jobs Plan: What's The Potential Impact To Employers?

Similar to his predecessors, President Biden has promised to make major investments in America’s infrastructure during his time in office. Part of this promise includes the American Jobs Plan (AJP), a proposal with a $2.3 trillion investment in America’s infrastructure. While the AJP and its major measures have not yet been approved by Congress, employers should take note of the proposals in the AJP as they contain many pro-union and pro-labor recommendations, which could have a major impact on employers if passed. Below is a summary of the proposals that may impact employers the most.

Chief among the potential impact to employers in the AJP is the Protecting the Right to Organize (PRO) Act. This Act is the most pro-worker labor legislation since the 1930s, which, if passed, would dramatically tilt the law in favor of unions. Key provisions of the PRO Act include eliminating right-to-work laws in dozens of states (including Nebraska, Iowa and South Dakota) that bar unions from requiring workers to become union members and pay union dues; barring employers from holding mandatory meetings to inform employees of the company’s position on unionizing; narrowing the definition of supervisor that would cause numerous supervisory company representatives to be included in a union bargaining unit; and mandating that employers must disclose information, even advice from legal counsel, that could be interpreted as persuading employees regarding union organizing or collective bargaining. For a full list of the key provisions of the PRO Act, see our previous article: U.S. House Passes Landmark Pro-Union Rights Bill:  Key Provisions.

This aspect of the AJP is already progressing through Congress. The PRO Act was passed by the U.S. House of Representatives in March and has been sent to the Senate. The Senate referred it to the Committee on Health, Education, Labor, and Pensions, which is where it currently is sitting. Passage of the PRO Act faces an uphill battle in the 50/50 split Senate. It will take 60 votes to advance past an anticipated filibuster. We are closely watching any advancements of the PRO Act and will provide updates of any significance.

The AJP also proposes that employers receiving federal contracts be required to “follow strong labor standards and remain neutral when their employees seek to organize a union and bargain collectively.” See The White House Fact Sheet:  The American Jobs Plan. This proposal could require specific agreements by employers to have a neutral stance if a union is proposed by its workforce or even possibly require employers to voluntarily recognize a union if a majority of employees sign union authorization cards. This union neutrality requirement would also greatly favor unions and likely result in far more unionized workforces.

Additionally, the AJP seeks to provide workers with increased wages above the federal minimum wage by requiring employers that secure federal contracts in clean energy and infrastructure to provide the prevailing wage to their employees. “Prevailing wage” is the standard wage paid to similarly employed workers in a specific occupation in a specific locality. The Davis-Bacon Act and Service Contract Act already require employers with federal contracts for construction and service workers to pay the prevailing wage.

The AJP also proposes the elimination of subminimum wage provisions in Section 14(c) of the Fair Labor Standards Act (FLSA). That provision authorizes employers, after receiving a certificate from the Wage and Hour Division of the U.S. Department of Labor, to pay wages less than the federal minimum wage to workers who have disabilities for the work being performed. Section 14(c) does not apply unless the disability actually impairs the worker’s earning or productive capacity for the work being performed. This section was originally passed to help individuals with severe disabilities find work. Certain states, including New Hampshire, Maryland, and Alaska, have already banned the use of subminimum wages for workers with disabilities.

The AJP also includes “funding to strengthen the capacity of our labor enforcement agencies to protect against discrimination, protect wages and benefits, enforce health and safety safeguards, strengthen health care and pension plans, and promote union organizing and collective bargaining.” See The White House Fact Sheet:  The American Jobs Plan. This will likely mean increased funding to agencies such as the Department of Labor (DOL), the Equal Employment Opportunity Commission (EEOC), the Occupational Safety and Health Administration (OSHA), and the National Labor Relations Board (NLRB), which will lead to increased investigations and enforcement for employers.

We will continue to monitor the AJP and corresponding legislation and provide updates. For more information about the AJP and its potential impact on employers, please contact a member of the McGrath North Labor and Employment team. 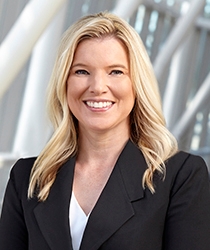